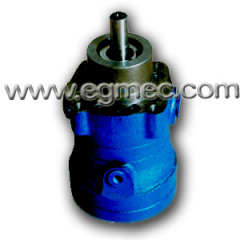 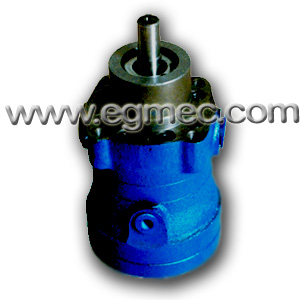 The characteristic of product:

The MCYS-type hydraulic axial piston pump, the principle is simple, the pump drive shaft and the cylinder with a spline to drive the cylinder rotation, evenly distributed around the cylinder on the shaft center of rotation of seven pistons.

The hydraulic axial piston pump end of each plunger has a slipper, centering spring ball through the inner sleeve, the return plate, the pressure in the slipper into a certain angle with the axis of the ramp plate. When the cylinder rotates, the plunger for reciprocating the same time, oil and oil pressure to complete action. Centering spring coat the cylinder pressure through the oil pan, and since the initial seal. Slipper and the oil pan with oil are used static equilibrium, not only to reduce wear of the pump and the pump has a very high volumetric efficiency and mechanical efficiency.

This series of MCYS-type hydraulic axial piston pump will have 31.5MPa hydraulic oil pure input to a variety of hydraulic machines, hydraulic system fluid motivation to have a huge motivation.


Meanwhile, the hydraulic axial piston pump can be used as a hydraulic motor. Necessary, there are several variables in the form of the pump. The pump, motor oil is widely used in shipbuilding, aviation, mining, metallurgy, casting, forging, machine tools in various types of machinery, which is characterized by small size, high efficiency, long life, advanced design, compact structure and easy maintenance. 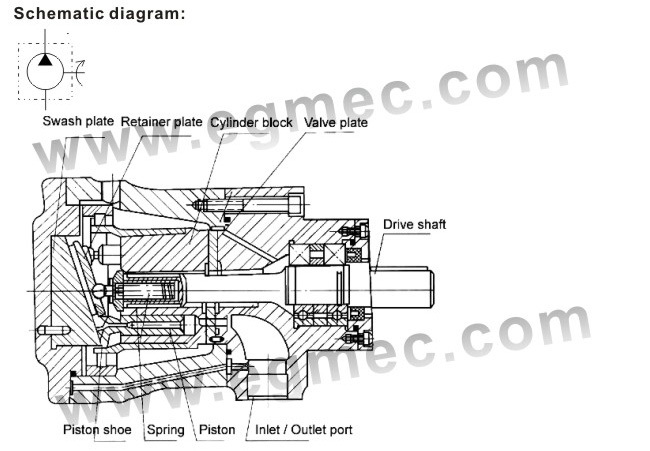 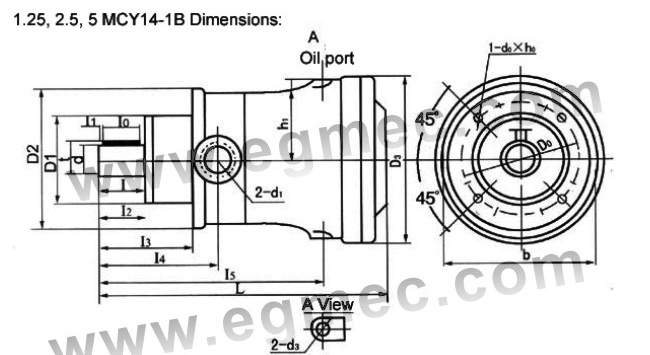