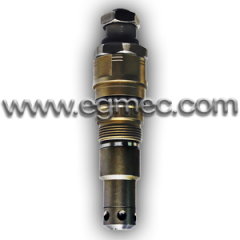 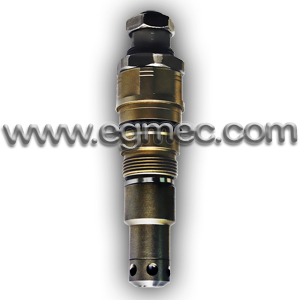 The series of Kobelco Excavator SK330 hydraulic cartridge type adjustable pressure reducing valve is to reduce the pressure in one line of hydraulic system, maintain certain pipe line in a setting pressure than other pipes.

In the hydraulic system, a hydraulic pump is often needed for oil to several actuators. When the actuator working pressure is not the same that is needed to control separately.

The reducing valve is normally open, and when the load pressure (secondary pressure) does not reach the valve adjustment pressure, the spool will move and open the valve outlet port completely under the force of spring, all oil flow flowing through the pressure reducing valve port , one, two the secondary pressure is almost equal. Only when the load chamber pressure reaches the set pressure, valves' spool movement off small, so that the valve opening in order to achieve the pressure reduction control . 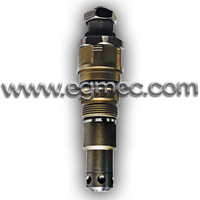